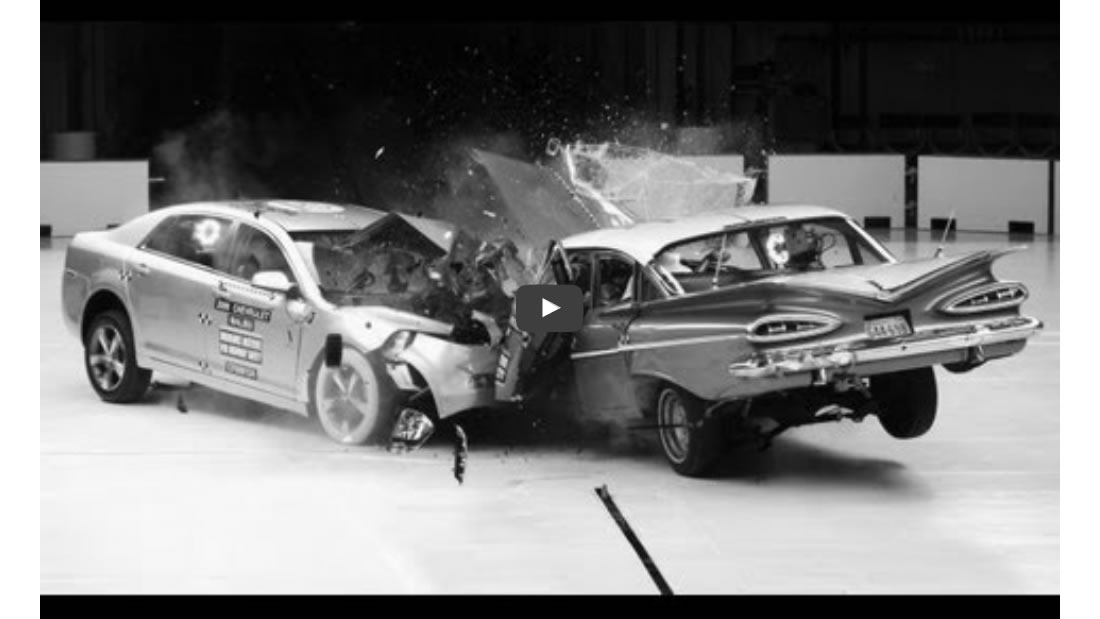 This is by far one of the best videos depicting an old car vs new car crash test. Frequently old cars are thought of in a sentimental retrospect in regards to them being super tough. The fact is, that new cars do a much better job in collisions. While the old cars may have seemed stronger with their full frames, large steel bumpers and such, the reality of it is that they simply did not have the strength or safety of a new car. Huge advances in automotive safety have been made over the past several decades. Better structural design and materials has really made passenger cars many times safer than the older vehicles.

Some of the most important developments in automotive safety and strength have been learned from automobile racing. Passenger vehicles are now designed with a pseudo safety cage, simulating the roll cages and tube frames of race cars. In addition, more supportive seating with positive restraint systems including seat belts hold the driver more firmly allowing them to maintain control, while securing passengers in. Break away plastic and metal crash parts soften the blow as they absorb kinetic energy. While a passenger vehicle still cannot withstand a 150+ mph crash like a race car, they are still much better than old passenger vehicles.

While your modern vehicle may look like a mess after its in a collision, it is because its done its job of absorbing and redirecting the force of an impact, away from the cabin to keep you safe.

Book an appointment, or send us photos of your vehicle. Read 100's of reviews from real customers!

DID YOU KNOW? You have the legal right to choose YOUR auto body repair shop!

Thank You for choosing Turk’s Collision for your Auto Body Repairs!