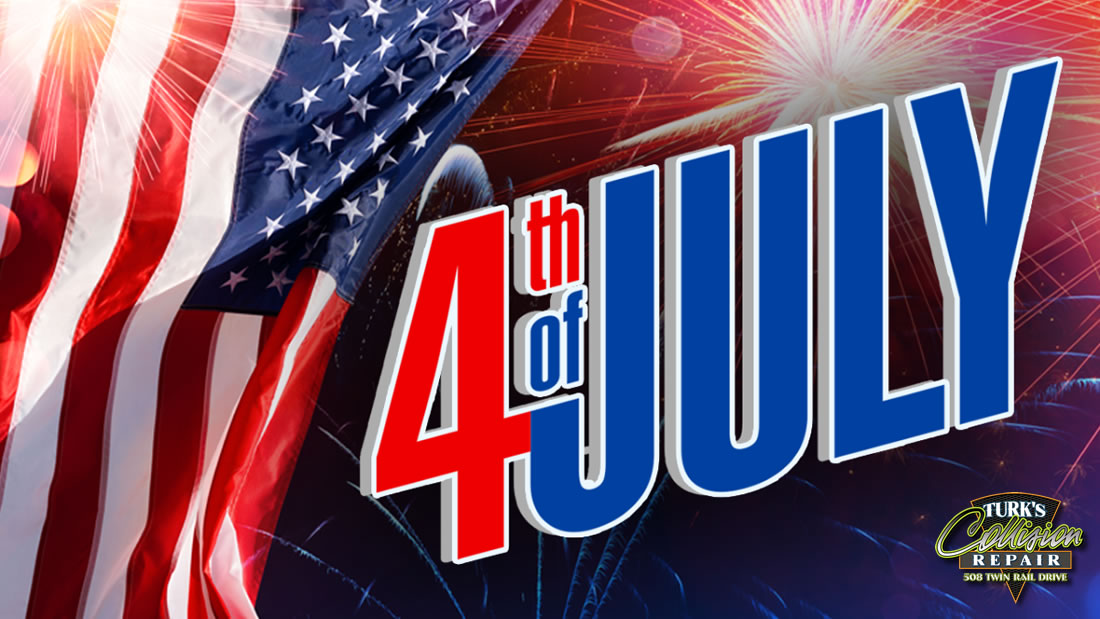 Turk’s Collision Repair Minooka will be closed this Saturday 06/30 and Wednesday 07/04/18, (4th of July), to honor and celebrate Independence Day. We have a fairly light schedule arranged for the Holiday week, however we are making accommodations for our clients who need collision repairs depending on needs. To all of our neighbors in Minooka, Channahon and the greater Joliet area, have a wonderful weekend and a Safe and Fun 4th of July! 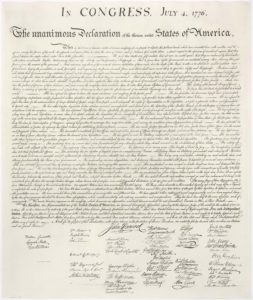 So just why do we celebrate Independence Day? Well… Although it might be tough to imagine, because it was some time ago – Yes, even before the Internet or automobiles were around, we – or more accurately our Nation’s original settlers and pilgrims, were indeed English and our “Country” was The Kingdom of Great Britain. Yep, that’s right – when we proudly celebrate Independence Day as Americans, it didn’t start out that way!

Independence Day, also referred to as the Fourth of July or July Fourth, is a federal holiday in the United States commemorating the adoption of the Declaration of Independence on July 4, 1776. The Continental Congress declared that the thirteen American colonies regarded themselves as a new nation, the United States of America, and were no longer part of the British Empire.

The United States Declaration of Independence is the statement adopted by the Second Continental Congress meeting at the Pennsylvania State House (now known as Independence Hall) in Philadelphia on July 4, 1776. The Declaration announced that the thirteen American colonies then at war with the Kingdom of Great Britain would regard themselves as thirteen independent sovereign states no longer under British rule. With the Declaration, these new states took a collective first step toward forming the United States of America.

While you’re celebrating Independence Day, whether its with fireworks, parades, barbecues, picnics, festivals and concerts, baseball games, family reunions, and other activities, keep it safe and have fun!

Here are some of the local Independence Day events and activities:

Thank you for visiting Turk’s Collision Repair, Have a Safe & Fun Independence Day!

Book an appointment, or send us photos of your vehicle. Read 100's of reviews from real customers!

DID YOU KNOW? You have the legal right to choose YOUR auto body repair shop!

Thank You for choosing Turk’s Collision for your Auto Body Repairs!